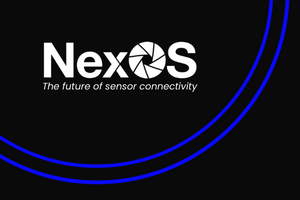 Silent Sentinel is thrilled to announce the launch of NexOS system, an Operating System that comprises a suite of applications which can be customised by the end-user, similar to an app store on a smartphone. This means that Silent Sentinel platforms will now be capable of fulfilling an endlessly wide array of functions, executable by the user in real time.

This new digital platform is set to revolutionise how upgrades and customisations are integrated, and will simplify general user operability by offering an endless array of functions and capabilities in real-time. NexOS will be compatible with all Silent Sentinel systems.

Through NexOS, all Silent Sentinel systems and capabilities, including additional payloads ranging from Thermal Optics, Acoustic Hailers, Laser Range Finders, and GPS, will be incorporated into a centrally managed surveillance system, offering an ecosystem that is continually developed with new features, functionalities and capabilities over time, allowing for a greater depth of integration and extensibility, by continually adding new features and potential integration paths.

We are pleased to invite you to view a demonstration of NexOS and its range of capabilities, as it represents the next step in Silent Sentinel’s journey as a provider of easily integratable next-gen technology systems.

We look forward to hosting you for a demonstration of our cutting-edge Operating System, during which members of the Silent Sentinel team will be on hand to walk you through the wealth of new capabilities and answer any questions you have about NexOS.

To enquire about a demonstration, send us an email at: info@silentsentinel.com

Book a demonstration
Find out more